Werner Werman is a boss in Cuphead. He is encountered and fought in the level Murine Corps, which is located in Inkwell Isle Three.

Werner is a long-snouted brown rat who operates a dented tin soup can that bears 3 gold stars perched on a wooden cart that he uses as a battle tank. He wears white gloves, blue shoes, and light brown pants (with a tan stripe running down each side of the pants) held up by a single suspender strap. His most notable feature is his metal Pickelhaube helmet strapped to his head. He also smokes a cigar.

Werner Werman is cantankerous and a military master in his own mind.[2] Werner Werman acts like a stereotypical German soldier from World War I, speaking in a thick and exaggerated German accent and making a salute whenever he charges forward to attack with his tank. He appears to be interested in the late 1700- early 1900 military as he is wearing a Prussian soldier helmet (Pickelhaube) and owns a Colonial British soldier figurine.

Werner is also an incredibly skilled technician, having the talent to create both a realistic mechanical cat and a tank with multiple uses out of wood and a soup can. He doesn't seem to mind boasting about his own technology, as evident by his 2nd phase's death screen. However, he becomes completely irrational in the face of failure, since instead of giving up in the 2nd phase when his tank is demolished, he chooses to continue fighting while screaming wildly.

Katzenwagen has no real personality, being an automaton created by Werner, although it is capable of expressing emotion as evidenced by the territorial and angry meowing noises that the Cat makes, and by the final phase death screen.

As the battle commences, Werner has his cigar lit by a mechanical arm from the can's interior before going inside to pilot the tank.

In this phase, Werner has two main attacks that he performs on either side of the arena while his tank moves back and forth:

Even if the player(s) manage(s) to dodge his attacks and his charge, it is still possible to unknowingly bump into his tank and accidentally get damaged in the process. In Simple mode, Werner's tank moves slower. In Expert mode, it moves faster.

After taking enough damage, Werner attempts to use what appears to be a bottle rocket in an effort to damage the player(s), but it backfires; the now-damaged mechanical arm is unable to handle the weight of the rocket, causing it to drop into the tank and explode. Upon exploding, the exterior of the can is destroyed with Werner moderately injured, as he yelps in surprise and alarm as this happens, but he continues to operate the tank. This commences the second phase of the fight.
Hitpoints = 750/540/567

In this phase, Werner attacks the players by shooting fire streams on both sides from two flamethrowers mounted below his seat. This attack can be avoided by immediately moving to the area from which Werman moved, as Werner will cycle between moving up and down and firing the flamethrowers.

After taking enough hits, Werner will start to panic and frantically shift his tank's control levers back and forth as the tank appears to have stopped working. All of a sudden, the Cat named Katzenwagen that had been occasionally peering behind the holes in the wall throughout the fight will break in and eat him, commencing the final phase. In Simple mode, Katzenwagen won't eat Werner after this phase, instead, the battle ends with his tank sputtering.

In this phase, the players battle the cat Katzenwagen as it attacks by opening its mouth, revealing a grate from which two spectral rats, clad in 1930s style prison scrubs emerge. These ghosts will conjure a pink crystal-like ball and throw it at the player. This ball will release two fire waves travelling along the ground upon exploding, but it's possible to prevent this from happening by parrying the ball, and the split ball will still be pink, so you still have a chance to parry them. In Expert mode, there will be four spectral rats and the ball might not be pink all the time (being blue instead) so you can't prevent it from splitting. The spectral rats can be disabled by shooting at them.

Katzenwagen can also attack by smashing the floor with its paw. As it retracts its paw, wooden boards begin to fall down from above. They will damage the player if they hit. The boards fall from side-to-side, so it's best to keep moving to avoid getting hit. In Expert mode, the wooden boards fall faster. After dealing enough damage, Katzenwagen 's face falls off and reveals Werner is still alive and well inside its head and was controlling Katzenwagen, which is actually a machine presumably built by Werner. 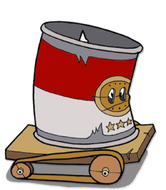 Werner in his tank

Werner about to charge 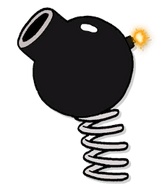 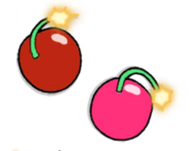 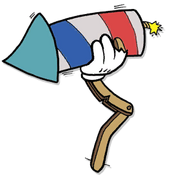 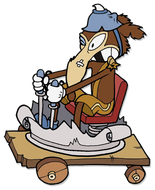 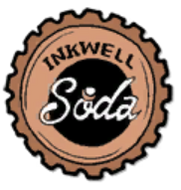 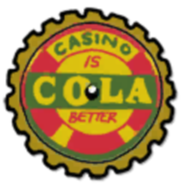 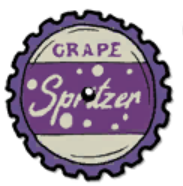 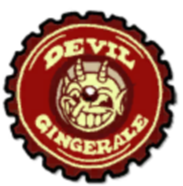 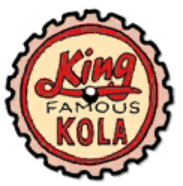 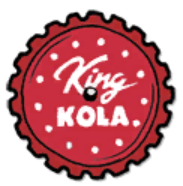 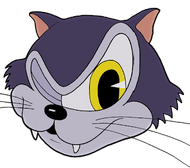 The Cat peering through the wall

The Cat enters the scene 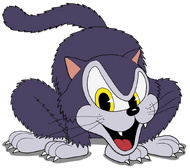 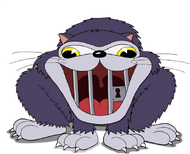 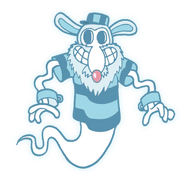 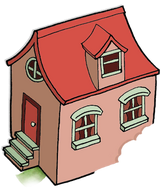 Pencil test of The Cat entering the scene

Werner Werman's character design was heavily influenced by many military rodents in the Ub Iwerks-animated Disney cartoon The Barnyard Battle (1929) and the 1936 short Mickey's Rival.[4]

Retrieved from "https://cuphead.fandom.com/wiki/Werner_Werman?oldid=57147"
Community content is available under CC-BY-SA unless otherwise noted.