The Cuphead Show! is an upcoming American animated web television series produced by StudioMDHR and King Features Syndicate that is based on the video game Cuphead.

The series will make its world premiere at the Annecy International Animated Film Festival on June 15, 2020, and will be released on Netflix on New Year's Day 2021.

Follow the misadventures of the impulsive Cuphead and his cautious but persuadable brother Mugman in this animated series based on the hit video game.

In July 2019, it was announced that Netflix had greenlit the series for a run of at least ten episodes. The series will be animated; it will not be done as meticulously as the video game using traditional pen-and-paper methods, as that would take far too long to complete, but it will feature hand-drawn characters and movement. Chad and Jared Moldenhauer from StudioMDHR will be executive producers along with CJ Kettler from King Features Syndicate. Dave Wasson and Cosmo Segurson will co-executive produce, while Clay Morrow and Adam Paloian will be supervising directors.[1]

Carn Evil
Add a photo to this gallery 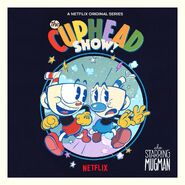 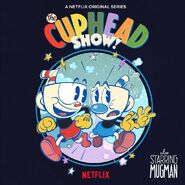 Add a photo to this gallery

Add a photo to this gallery

Promotional Art of The Devil

More Promotional Art of The Devil

Retrieved from "https://cuphead.fandom.com/wiki/The_Cuphead_Show!?oldid=58509"
Community content is available under CC-BY-SA unless otherwise noted.