Pirouletta is a mini boss that appears in the boss fight for King Dice when landing on Space 7.

Pirouletta is an anthropomorphic roulette wheel with a long nose, red lipstick, green arms and red legs. She wears white gloves and a pair of yellow shoes with light yellow trims. Her "mouth" is not visible when closed, but she seldom opens it other than on her death screen and when she grits her teeth. She has a metallic yellow body with a light yellow ring on the waist and a helm with a large hole on the center on the top of her head. On her hips there's the wheel, which has the colors of a roulette machine: the first layer has green squares, the second has the classic red and black squares and the third has brown squares on it.

Before her battle begins, Pirouletta will make a gesture, and then begin to fight the player(s).

Pirouletta's battle commences on, fittingly enough, a roulette table. She dances around the stage continuously from left to right, leaving no room to avoid. In Expert Mode, she dances around quicker.

The stage has four poker chips which players can flip over by parrying, creating makeshift platforms to stand on. These chips, however, will revert back to their original position after a short amount of time. In Expert mode, the chips will take less time to revert themselves after being parried.

After dancing, she will stop at either side and spin around, shooting her roulette balls up into the air, sending them raining down on the players. These balls will start on two ends and quickly narrow to the middle until they leave no room for player to escape. Fortunately, while the balls are raining down, there will be a brief opening for player to escape. In Expert mode, the balls will have falls down faster.

When she is defeated, she will put her hand on her forehead in despair and lean forward then backward repeatedly, as if in the midst of fainting. Hitpoints = 650/800 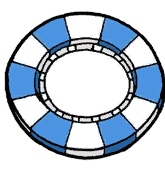 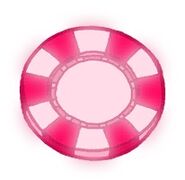 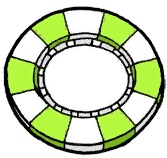 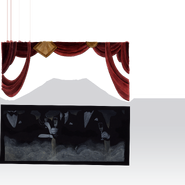