Inkwell Isle One is the first overworld featured in Cuphead. It is a slightly rural area, with meadows and forests. 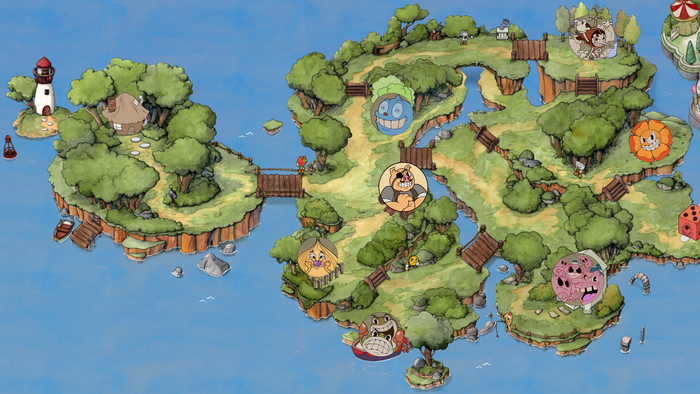 This map's secret coin can be found on the trees behind the Chip. However, every boss must be defeated first so he can move away, allowing the player to collect it.