Start a Wiki
watch 01:08
Who is Grim Matchstick?
Do you like this video?

Grim Matchstick is the dragon boss in Cuphead. He appears in Inkwell Isle Two and is fought in the Fiery Frolic level.

Grim Matchstick bears an appearance similar to a typical dragon character from the game's time period.

He is a large, slightly chubby, European dragon with a very simple design. He has lime-green scales and a light-amber underbelly (lacking segments) that starts of at his distinct, beak-like muzzle. He has large pie eyes, no visible eyebrows (minus an indentation) and featureless ears on his head.

Grim has two large fangs resembling buck teeth and has a tongue that can extend like that of a frog, allowing his flame minions to walk across (similar to the famous red carpet method).

On his shoulder blades, he has average-sized, bat-like wings, the same color as his scales, that are flexible and can shape into arms (similar to actual bats), as seen in his intro, where he forms them into hands with fingers. His limbs are rather small and stubby, with four fingers on each hand, two toes on each foot, and silver claws/talons. He also has solid-white spikes running all the way down his spine (like many other dragons in popular culture), and he has a very long tail, which he uses like a baseball bat to swat his victims away.

When Grim reaches his third phase, he grows two more heads on his shoulders that look exactly the same as the original's head, which morphs into a red flame-thrower with a gold gas sprayer and lighter just in front.

Grim Matchstick is quirky and goofy, being more like a giant, overly playful dog, just as likely to hurt you while trying to play as he would be apologetic after his folly.[1] He strives to spook people, making "ghostly" motions whenever the battle commences. He also stutters when speaking, as shown by his death screen lines.

Interestingly, Grim is one of the only two bosses (the other being Ollie Bulb) in the game that doesn't actually want to hurt Cuphead and Mugman. He views himself as misunderstood and apologizes for being forced into putting the brothers in a hot seat if they lose to him in his second phase. He even suggests that the brothers should run away from him after he turns into a hydra in his third phase.

The battle takes place in the cloudy area above Grim's tower where there is no ground to suppress any kind of fall damage, and the clouds are constantly flying to the left side of the stage, forcing the players to jump between them. In Simple mode, the clouds move slower. In Expert mode, the clouds fly to the right side of the stage instead of the left. Grim Matchstick introduces himself by making a spooky gesture with his wings and face, possibly in an attempt to look scary or intimidating.

In this phase, Grim mostly stays to the right side of the arena and damages the player/s with these attacks:

Grim always starts with the "Eye ripple" attack. However, in Simple and Expert mode, he can start with either of the two attacks.

After taking enough damage, he will slowly disappear from the right side of the screen and fly over to the other side, which can be seen in the background. He later appears on the bottom left and commences the second phase of the battle. Hitpoints = 660/629/684

"Sorry, I didn't mean to put you in the h-h-h-hot seat..."
—Grim Matchstick, Phase 2 Death Screen

In this phase, Grim will send out a parade of marching fireballs that travel across his tongue, which he stretches out as a platform. The leader fireball and the grouchy fireballs do not jump and simply act as an obstacle. The grinning fireballs will jump either directly towards the player or to the right side of the screen (no matter the location of the player/s) in an arc trajectory, and try to damage the player(s). The fireballs will crouch facing left or right before leaping, telegraphing where they are going to jump. If the player stays to the left, or only dodges fireballs by jumping left, they will rarely have to worry about fireballs jumping in a random direction. In Simple mode, the grinning fireballs jump less often. In Expert mode, they jump more often. Grim also shoots out smoke or fire from his nose. This will obviously damage the player(s) if they run into it.

After taking enough damage, Grim will retract his tongue with a beaten up look as his eyes bulge out of his head, then promptly rears up and grows two more heads, becoming a three-headed dragon, as he laughs mockingly. Each of his heads makes comical laughing expressions and the background turns into a rainstorm. In Simple mode, however, he won't retract his tongue nor grow any extra heads and the battle will end instead. Hitpoints = 540/510/551

In the final phase, players now face a three-headed Grim in a rainstorm. Grim, along with his two other heads, shoot about 6 to 9 cluster fireballs at the player/s, which can be destroyed but clustered into four directions in a plus formation. Hitpoints = 5/5

After shooting a number of fireballs, Grim's middle head will morph into a flamethrower (if observed closely, it is the original head) and fire a stream of flames that go right down the middle of the screen two times in three seconds before returning to normal and repeating the same process.

Once he has taken enough damage, Grim will be defeated with X marks his eyes, a hanging tongue, and drooped ears on all three heads. Hitpoints = 561/665 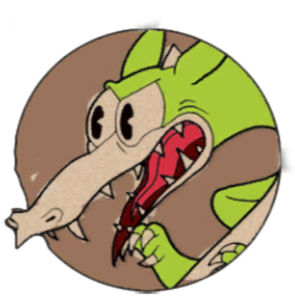 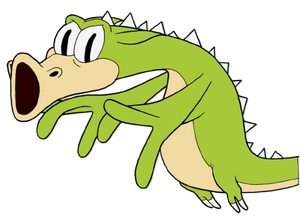 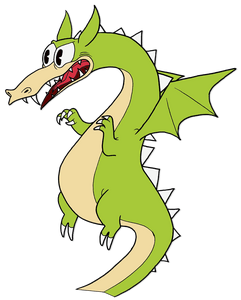 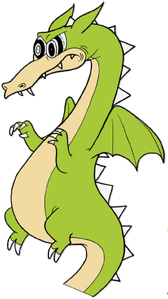 One of Grim's eye ripples 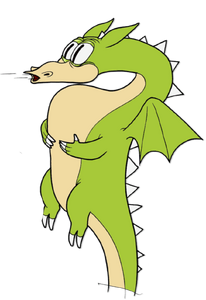 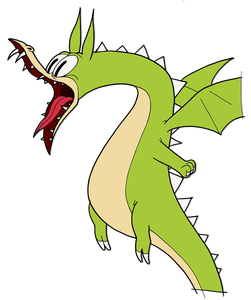 The four types of the Fireball Marchers 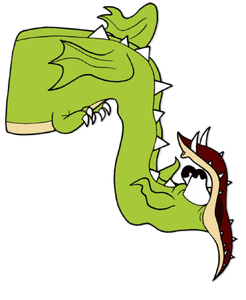 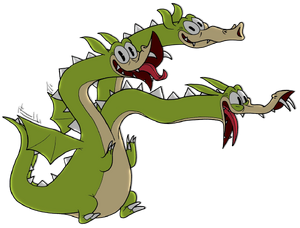 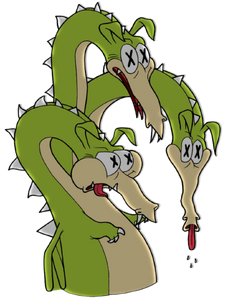 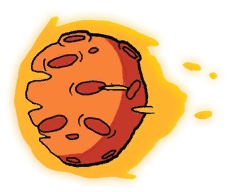 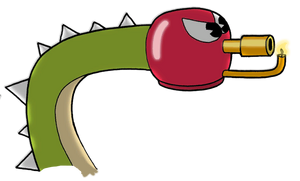 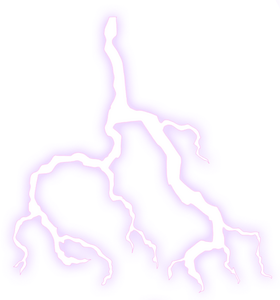 intensive color
Add a photo to this gallery

Grim Matchstick was named after the legendary lead animator of Snow White, Grim Natwick, with his stutter also being a direct reference to Natwick. His little, stubby arms and legs are a reference to the dragon depiction from Felix the Cat's Woos Whoopee.[1]

Retrieved from "https://cuphead.fandom.com/wiki/Grim_Matchstick?oldid=57289"
Community content is available under CC-BY-SA unless otherwise noted.