5 (Including the section with the pillars)

Djimmi The Great is one of the two flying bosses fought in Inkwell Isle Two, the other being Wally Warbles. He is encountered in the level Pyramid Peril.

Djimmi The Great is a muscular red genie wearing a turquoise vest with a yellow inside, and a turban the same color as his vest that has a red gem and large white feather on it. Djimmi is almost always seen with his cob pipe clenched between his teeth. He also wears black and cream arm bands and light blue pants. In official art for the Switch version of Cuphead, he has a tail that matches his body. His shoes appear to be magic genie lamps.

Djimmi The Great is said to have vivacious personality.[1] In the game, he seems to treat battling in a playful way like a manipulative trickster, as he has a near-constant grin on his face throughout the fight. He possibly also views Cuphead and Mugman as The Devil's puppets for doing his bidding, as he appears to mock them by using a marionette version of their species during his fourth phase. He might have gone to "genie school", judging by his Phase 1 Death Quote.

Djimmi will form himself from the smoke of his cob pipe, followed by him making a mock bow. He blows out a smoke cloud of a dead Cuphead's face, with crossed-out eyes and a frown. The smoke does not deal damage to the player(s).

"You look the fool, falling for the first trick I learnt at genie school."
—Djimmi The Great, Phase 1 Death Screen

After his introduction, Djimmi will summon a treasure chest through his carpet and use one of three attacks from the chest to damage the player(s):

Hiding behind Djimmi does not give protection for long. Whoever hides behind him will be bombarded by swords after a second, possibly to prevent camping.

Once enough damage is dealt, Djimmi will wait in his idle pose while the chest finishes firing, then start to meditate, closing his eyes and then blurring into nothing. The second phase will then begin. Hitpoints = 440/390/450

In this phase, the player(s) have to traverse through a side-scrolling section with pillars made up of Djimmi's body blocking the way. The pillars are only passable after shooting at a section with Djimmi's face, which creates a small opening for the player(s) to fly through. The health of the face pillars are directly linked to Djimmi's health, so destroying them will count as damaging Djimmi; for example, doing overkill damage with mini bombs will count to the total health Djimmi has. Hitpoints = 20/20/20

After the player(s) make it to the end, the side-scrolling section disappears and the next phase begins.

"Do you need to borrow my sarcophagus?"
—Djimmi The Great, Phase 3 Death Screen

In this phase, a sarcophagus of Djimmi appears from the top of the screen, opening to reveal stars and nebula before Djimmi appears as a slug-like creature and stretches out towards the player(s) with a yell. He attacks the player(s) mainly by moving up and down and shooting two ringed eyeballs (planets) at the player(s), which move in a wave-like motion, cycling between a wide wave and a narrow wave. In Simple mode, it will just be a constant narrow wave.

After taking enough damage, Djimmi appears to be scared and close the sarcophagus. The sarcophagus gives the player(s) a sad look and bounces off-screen. Hitpoints = 880/650/750

"That beating was for free -- no strings attached!"
—Puphead, Phase 4 Death Screen

In this phase, the player(s) face a wooden marionette version of what seems to be a combined Cuphead and Mugman, officially named Puphead, created by Djimmi basing the design on the brothers. Djimmi briefly reappears, scanning Cuphead and Mugman. He then turns to the screen (performing an aside glance) and begins laughing, his turban transforming into a lightbulb as he thinks of an idea with which to kill the brothers. Djimmi then transforms into a giant hand and lifts up Puphead, and his turban appears on the left side of the screen.

Puphead moves around horizontally, walking in the air, before releasing his finger and proceeding to shoot two (almost vertical) lines of bullets that will damage the player(s) if they hit them. While Puphead shoots, Djimmi can be heard laughing. In Simple mode, there is a chance that it shoots a line of bigger bullets alternating between up and down. In the middle of these two lines, Puphead will shoot two waves of three, four or five bullets, one of which can be parried. In Simple mode, the rate of shooting is slower, the bullets travel slower, they come in one wave of two, three or four bullets. In Expert mode, both firing rate and their speed are faster, they come in three waves of four, five or six bullets.

All the while, Djimmi's turban follows the player(s) and periodically stops, changes the hole at the bottom into a mouth and fires three waves of bullets which go in a cross formation and slowly turns counter-clockwise. In Simple mode, the turban will only move around without firing the bullet waves. In Expert mode, it will send out four waves of bullets.

After taking enough damage, Puphead is defeated, pulled out from the top of the screen while featuring cross-shaped eyes and having its straw take the shape of an angel's halo (similar to what happens when Cuphead and Mugman lose all of their health). In Simple, the battle will end with Puphead's knockout.  Hitpoints = 880/910/1050

"I need a new volunteer... this one collapsed in fear!"
—Djimmi The Great, Final Phase Death Screen

In the final phase, Djimmi turns into a giant version of himself levitating onscreen while chuckling maniacally, taking up a good portion of the right side of the battle arena. There he summons three golden pyramids, each with 1 turquoise eye on each side, flying around the player(s) clockwise or counter-clockwise. Periodically, a pyramid will open its eyes, firing 4 beams of dark energy in a 4 figure formation. Djimmi will also occasionally fire a transparent ring-like projectile at the player(s) from the gem on his turban. In Expert mode, both Djimmi and the pyramids attack more often.

After he takes enough damage, Djimmi is defeated, and he coughs on his pipe. Hitpoints = 650/750

As Djimmi is scanning the player prior to phase four, if the players shrink into the mini-plane form, Djimmi will pull out a dinosaur, a mini Dr. Kahl's Robot and a stone statue, and then another tug brings out a mini Puphead. This effectively skips the fourth phase, but will make the final phase more difficult with his addition. He will dance around as Djimmi's last phase comes in, stopping in the middle of the three golden pyramids. Then he will shoot two empty shots upward or downward, determining where it will start. It sits in meditation stance and start turning his head clockwise or counter-clockwise, firing a shot in 8 different directions. Every other shot is pink and can be parried. He can be defeated separately from Djimmi in this phase. In Expert Mode, the mini Puphead has increased fire rate and the bullets travels faster. Hitpoints = 505/605 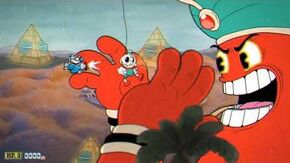 Djimmi's name is a portmanteau of Chad and Jared Moldenhauer's father's name Jim and the root word for genie "djinni".[1] The team studied many classic animated films for genie concepts, such as ComiColor's Aladdin and the Wonderful Lamp and Popeye's Ali Baba's Forty Thieves, and general magical beings in other cartoon shorts.[2] 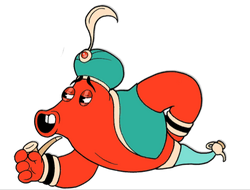 Djimmi blowing on his pipe 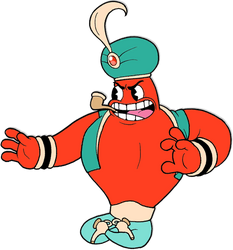 Djimmi when he shoots his skull 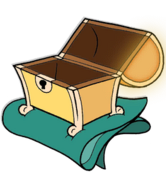 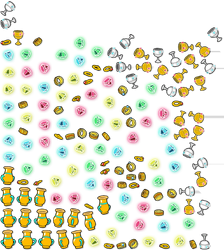 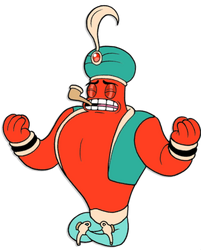 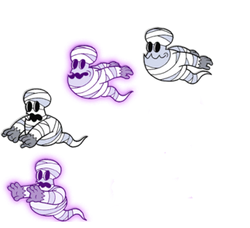 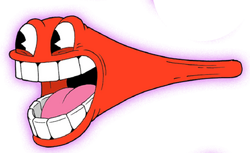 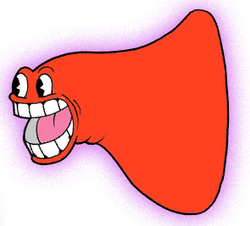 Djimmi in his slug-like form. 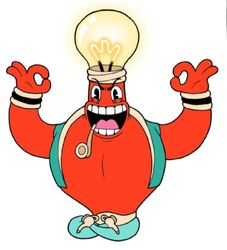 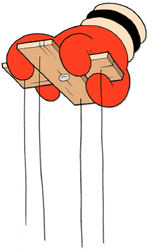 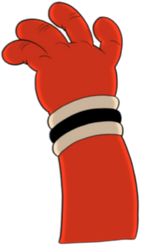 One of Djimmi's massive hands 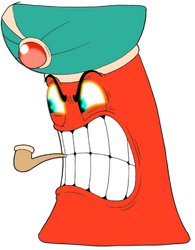 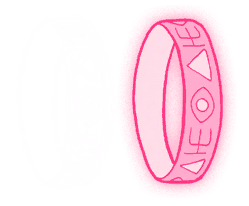 The rings, including the unused parryable ring 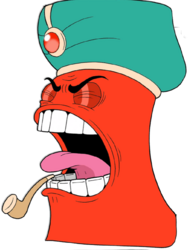 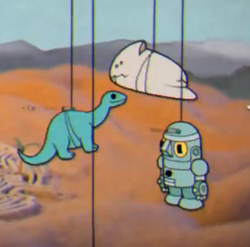 Pencil test of Djimmi in phase 5 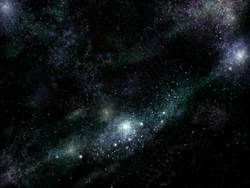 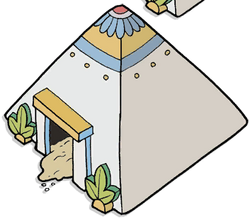 Djimmi as seen in the good ending

Djimmi in a Save 15% advertisement 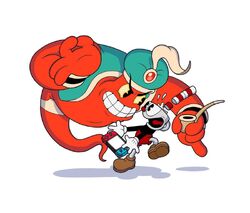 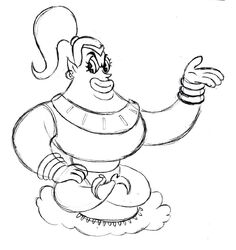 Concept art for Djimmi
Add a photo to this gallery

Retrieved from "https://cuphead.fandom.com/wiki/Djimmi_The_Great?oldid=60736"
Community content is available under CC-BY-SA unless otherwise noted.