Botanic Panic! is a level on Inkwell Isle One, where the fight with The Root Pack takes place. It is represented on the map by a small fenced vegetable farm. This is one of the three initially available levels along with Forest Follies and Ruse Of An Ooze.

The location of Botanic Panic! is the down left of Porkrind's Emporium. It is fairly easy to spot. You do not need to defeat other bosses in Inkwell Isle One to get to the garden. However, once you beat Botanic Panic!, you can get to Clip Joint Calamity.

The background has a blue sky with moving clouds. There is a tree with a rubber tire swing tied on a branch and a bird house close to the tree. Two bunches of sunflowers are behind the garden fence. There are crops in the field with a shovel and a bag of fertilizer lying near the road on which you battle The Root Pack, and on the right side, a rake is leaning on the fence. In the foreground, there is a bit of fence in the bottom-left of the screen, with more flowers and a watering can in the bottom-right.

Before the battle, Sal Spudder will burst out of the ground on the right side of the screen.

Sal Spudder only has one attack, which is to shoot 3 dirt balls and 1 pink worm that can be parried as the final shot, in a straight, horizontal line. Simply jump over the dirt balls. Note that the worm at the end of the round of dirt balls is always pink, so the player(s) can parry it to fill their super meter faster. The worm can easily be parried, but it may be more difficult for beginners, thus acting as a "tutorial" to help beginners get familiar with parrying without getting hit. In Regular Mode, the speed of firing increases after every round for each set of three rounds, resetting after the third round, while it remains slow consistently in Simple Mode. In Expert Mode, they do not speed up but are faster than even the third round as is. Continue jumping and going left as fast as you can and dashing when needed. Note that EX Moves are useless here.

There are no recommendations for this phase: just simply use whatever shot you want.

After damaging Sal Spudder enough, he'll rub his face in pain with bumps all over him. Then he'll go back into the ground, triggering the next phase: Ollie Bulb. In Simple Mode, after defeating Sal Spudder, Ollie is skipped and the player(s) will immediately proceed to Phase 3, the fight with Chauncey Chantenay. 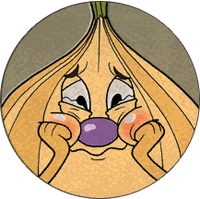 This phase isn't fought in Simple Mode. This is the only time where the middle phase of a boss is skipped in Simple Mode instead of the last phase.

After defeating Sal Spudder, you'll proceed to fight Ollie Bulb. He will pop out of the ground in the middle of the screen, shaking some dirt off of his nose. He appears happy at first, but starts looking around worried when he realizes the player(s) is/are going to attack him. Once he is hit by any bullet, he will start performing his only "attack": crying.

Tears will fall and hurt the player(s), with some of them being pink and able to be parried. The only requirement to dodge these tears is to move around, and jumping is actually detrimental unless over a tear since Ollie can be hit from the ground and it brings the player(s) closer to the tears falling above. Similarly, it is recommended for beginners not to parry the tears since it increases the chance of receiving damage from a normal tear above. Simply stay focused and keep shooting him.

Once again, there are no recommendations for this phase, so use whatever shot you want.

After damaging Ollie Bulb enough, he'll be shown with skin falling off and a sad expression. He'll then go back into the ground. Then the next phase, the battle with Chauncey Chantenay, commences.

Alternatively, since Ollie is frightened of the player(s) and does not mean any harm, he can be spared by simply not shooting at him at all. If this happens, Ollie will appear relieved and grateful at having been spared and will go back into the ground, skipping his phase. However, the hostile Radish then jumps out from whatever side the player(s) are on (if only one), and will attack by spinning like a top throughout Chauncey's phase, either staying in the general center or spinning through the entire screen. It is recommended not to stand too close to Ollie when attempting this as the Radish may hit the player(s) as it emerges, although it is unlikely to happen by accident considering they would also want to avoid making contact with Ollie. The Radish will either stay throughout Chauncey's entire phase until he is defeated, or can be defeated first before Chauncey to make his battle easier. 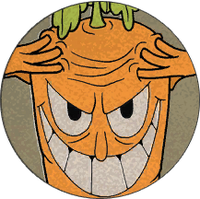 After defeating Ollie Bulb, you'll have to fight Chauncey Chantenay. He will pop out of the ground, but unlike the other members of the Root Pack, he'll appear in the background, and thus is unable to deal contact damage. Note that to damage him, you'll have to shoot upwards.

Chauncey Chantenay has two attacks in this phase:

There are no shot recommendations, so just use whatever fits you, but Chauncey has a large amount of health compared to the rest of The Root Pack, so be sure to continuously aim the EX Move at him to have him defeated quickly.

After taking enough damage, Chauncey Chantenay will be knocked out and proceed to pull on his leaves with a sad/disappointed look (or possibly being mad at himself for losing). This is an indicator that the battle has ended. It is important to remember that the end of the battle only occurs when the "A Knockout!" screen appears, as some bosses (including the other initially available one, Ruse Of An Ooze) attempt to trick the player(s) into thinking the battle is over early. 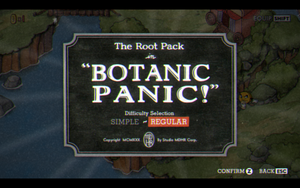 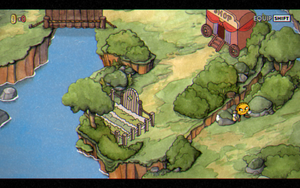 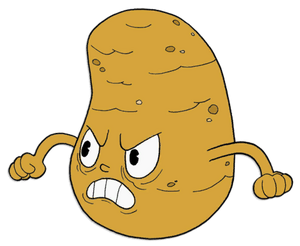 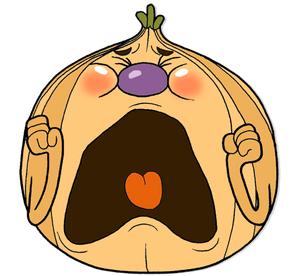 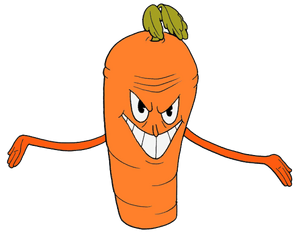 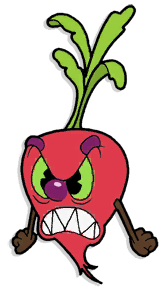 The Radish
Add a photo to this gallery

Retrieved from "https://cuphead.fandom.com/wiki/Botanic_Panic!?oldid=55202"
Community content is available under CC-BY-SA unless otherwise noted.