Beppi The Clown is a boss in Cuphead that is fought in the Carnival Kerfuffle level of Inkwell Isle Two.

Beppi is a tall clown with a red and blue clown suit with a blue and a red diamond drawn on each side, as well as a collar that has blue and red triangles on the sides with the top and bottom of the collar being white. He also seems to have a red and white face as well as a small black top hat. He also has yellow eyes with black pupils, red and blue eyebrows, a long red nose, and short eyelashes.

His second form resembles his first form, but portrays him as made out of balloons. His head is a giant balloon.

His third form, which is faced during his fourth phase (His first form is used in phase 3 as well, except with a horse instead of a car.), transforms him into a carousel.

True to his nature a clown, Beppi is a fun-loving and joke-cracking character, as shown by his habit of making puns whenever the brothers lose to him and constantly smiling and laughing throughout his battle. He is shown to use many carnival tools at his disposal, from bumper cars and balloon animals to carousel horses and roller coasters, which solidifies his fun-loving nature.

Beppi also appears to have a dramatic side, as seen when he throws a fit upon his defeat in the third phase.

In his fourth phase, Beppi is shown to be psychotic and overconfident as evident by the maniacal laughter and the fact that he is constantly smiling.

Before the battle, Beppi stares at Cuphead and Mugman excitedly before jumping into his bumper car, chuckling while doing so.

"Why'd the clown drive over the cup? He wanted to crack him up."
—Beppi The Clown, Phase 1 death screen

During his first phase, Beppi attacks by driving his bumper car toward the players, which prompt them to dash over him. His bumper cart will inch along the level, either towards or away from the center of the level, for an average of 3 seconds, before charging at full speed while he has a sinister grin and his bumper car has an angry expression. There are 2 instances that occur with 4 charges between them, in which the delay before the dash is exactly 1.5 seconds. In Expert mode, Beppi has more random patterns before charging. It can be inching a lot further on the track or having just very few bumps before charging.

Above Beppi is a moving row of cardboard ducks with bulls-eye on them that can damage the players if they accidentally bump into them. Occasionally, there will be a duck holding a light bulb, which will drop the bulb when a player is below to create a fire and hurt them. If this duck is shot, it will drop the bulb on the ground prematurely. In order to neutralize them, players simply have to shoot the duck, which will make them spin around so the hitbox is disabled. One of the ducks will be parryable. In Simple mode, there will be no ducks carrying light bulbs and there will be two parryable ducks.

"What'd the Balloon animals think of the cup? Quite the gob-let-down!"
—Beppi The Clown, Phase 2 death screen

After Beppi falls off the ground from the previous fight, he reappears on a makeshift platform with gas tanks by his sides that will inflate him with gas whilst his head becomes a balloon.

His primary attack in this phase is sending out dog-head-shaped balloons with tiny pointy teeth which spawn from the tubes on both sides,three outlets on the left and three on the right. These are spawned to attack the players and home to where the players are. They can be popped by shooting at them. Occasionally, pink colored ones will appear for the players to parry. In Simple mode, they spawn at a lower rate. In Expert mode, there are two different modes of balloons spawning, either two can spawn simultaneously, after a while four spawns together or always spawning three at the same time forever, rather than one after the other, only one mode will be chosen for that specific fight. However, the rate of production is lowered. Hitpoints = 10/5.3/7

After Beppi has taken enough hits, he is defeated. During the transition cutscene, his eyes become X's, his head flies off into the sky, and his makeshift platform sinks. Then battle moves on to the next phase. Hitpoints = 420/310/370

After Phase 2, Beppi returns in his normal form riding a horse, which is modeled after a horse from a carousel.

Beppi has two primary attacks depending on what color the horse is:

The roller coaster speed is now the speed of the player's walking. Since the roller coaster doesn't appear in Simple mode, Beppi can lower his horse closer to the ground, so low that the yellow horse initial shot can only be dodged by crouching down.

After taking enough hits, Beppi, along with his horse, are defeated. They disappear and then reappear in the middle of the screen with Beppi falling off again. In Simple mode, Beppi simply stays on his horse, and the battle ends. Hitpoints = 420/279/333

"What do you call a cup that falls off a swing? A tumbler!"
—Beppi the Clown, Final phase death screen

After he falls off from the previous phase, Beppi will reappear as a chair swing, laughing maniacally, which spawns platforms from the roof. His primary form of attack is him opening his mouth and three or four green clown-like penguins roll out. Each of these creatures will conjure up a baseball and shoot at where the players are. They can either be killed, or be destroyed the next time the roller coaster drives across the screen. In Expert mode, the penguins shoot at a faster rate. Hitpoints = 13/13

After he has taken enough shots, Beppi is defeated, his defeat animation showing him broken apart and revealing that his mouth was the entire inside of the main pillar. Hitpoints = 697.5/832.5

Beppi is a homage to Fleischer's iconic character Koko the Clown and 1930s animation. His name originated from old horror and clown films from the 1930s. Visual exploration for the character mostly stemmed from the bizarre 1924 thriller He Who Gets Slapped.[1] 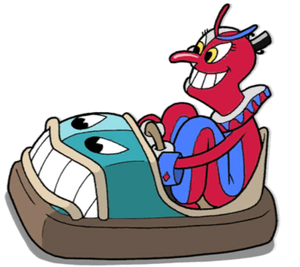 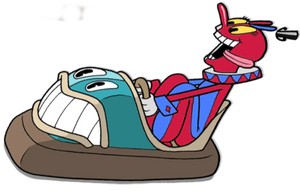 Beppi charges at the player(s) 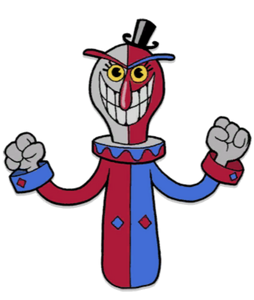 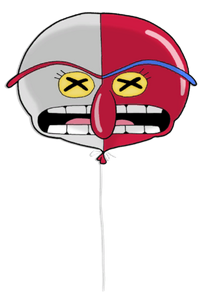 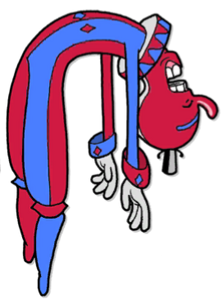 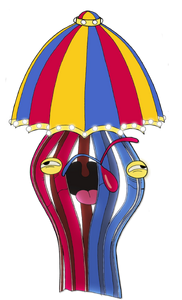 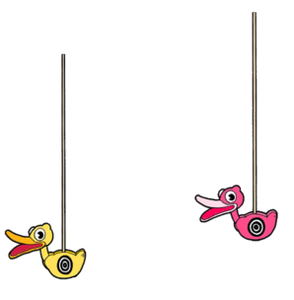 The lightbulb and its fire 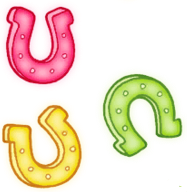 The three types of horseshoes in Phase 3 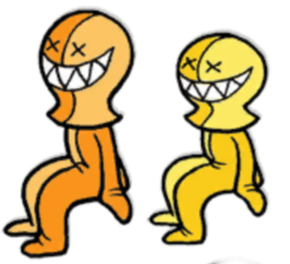 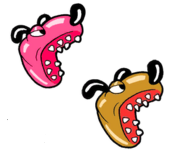 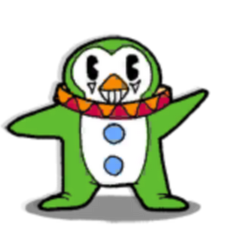 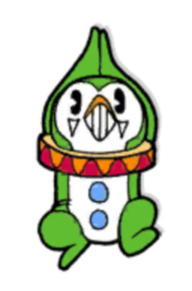 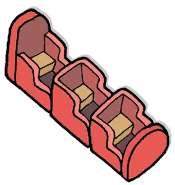 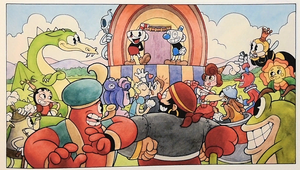 Beppi as seen in the good ending 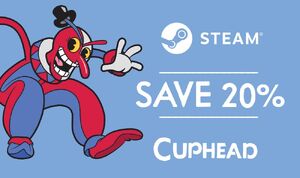 Beppi in a Steam advertisement
Add a photo to this gallery

Retrieved from "https://cuphead.fandom.com/wiki/Beppi_The_Clown?oldid=60140"
Community content is available under CC-BY-SA unless otherwise noted.